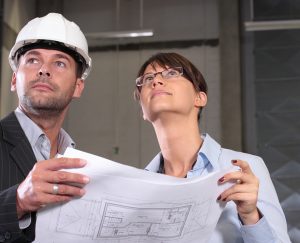 Most attorneys, in presenting an insurance claim against their client’s own insurer, don’t use a coverage contained in many policies of casualty insurance: the Claims Preparation Expense Clause.

Policies insuring a business against property loss commonly contain a clause something like the following.

1. We will pay for all reasonable expenses you incur to assist us in (a) the investigation of a claim; (b) the determination of the amount of loss, such as taking inventory; or (c) the cost of preparing a statement of loss and other supporting exhibits. 2. . . . The deductible does not apply to these expenses. [Note: notice that this clause does not specify that the insurer has requested the assistance.]

Most attorneys don’t use the claims preparation expense clause in their client’s policy. They don’t use because they think “claim” is restricted to claims against the insured client. That thought is wrong. Any request that the insurer pay an insured loss is a “claim”. Your client’s claims to his/her own company for an insured loss are “first-party claims”. Claims made by one person against another person’s company are known as “third-party claims”.

Other attorneys never think to look for a claims preparation expense clause, because they assume that an insurance policy surely doesn’t provide any indemnity for making a claim against the insurer. However, insurers understand there are a number of practical reasons why it is better to have the insured prepare the initial documentation than have the company volunteer to take always take that burden upon itself.

A personal homeowner’s policy commonly contains a clause such as:

We pay: (c) Reasonable expenses incurred by an insured at our request…for assisting us in the investigation or defense of a claim or suit.

When the policy specifies that the expenses incurred busy be “at our request”, you should get the insurer committed in writing that they want the items you are gathering to be part of the claim submitted to the insurer. (E.g., “Do you want me to submit X and Y as a part of the claim? Please reply.”)

Common instances of substantial reimbursement under the Claims Preparation Expense Clause of property or business loss insurance are the cost of an outside service to take an inventory of damaged contents of a building, a professional property inspector to determine cost of repairs, an accountant to determine the amount of loss of business.

Even in liability policies, you may find a Claims Preparation Expense Clause (it may be under the “Additional Coverages” section that applies to the insured’s help in defending the claim (e.g., “In addition to our limit of liability, we will pay …3. Expenses incurred by the insured at our request …for investigating a claim….”). Again, because of the “at our request” language, you will want to get it in writing that the insurer wants your client to gather materials for the company.

The moral is: if you have been retained to make a casualty loss claim against your client’s insurer — look for the Claims Preparation Expense Clause. You may be able to have the insurer pay for part of the evidence you will use in presenting the claim to the insurer.