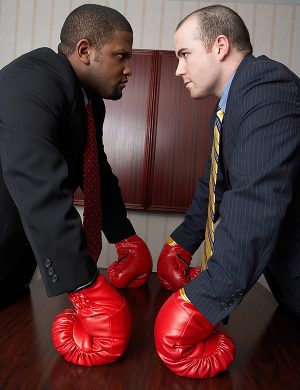 Sometimes the adversary attorney is the SOB type who sends a letter that purports to summarize a conversation or oral agreements you had with him/her, but that is full of either misrepresentations or of things never discussed.

Your first line of defense when dealing with an “oral agreement” with Rambo is to be the first to write a summarizing letter. While items are fresh in your memory, write down the shortest possible memo of bulleted, numbered, conclusions of what the conference was about and provided.

Do not make a lengthy letter. Just conclusions. Just bullet points, preferably numbered. Send it out to Rambo immediately when you have laid down the phone with him/her or have gotten back to the office after the conference.

Remember the military have it right: be the first to occupy the ground and force the other side to attack you where you have chosen.

But let’s suppose that either you are not the first to fire off a letter summarizing the oral agreement, or, alternatively, that Rambo responds to your letter with his/her own “summary”, full of either misrepresentations or of things never discussed. Do not waste your time and your emotions responding in detail.

You have to respond, or you are stuck with the judge deciding you were in agreement with what was said in the letter of the SOB. However, if you take the time to send out a detailed letter in response, the chances are 90% that you will only provoke. Read Full Article »