Expert witness can testify on ultimate issues in negligence case 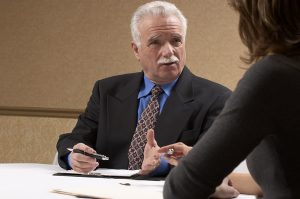 Prepare your expert witness to answer three ultimate questions. Use this three pattern question formula in most negligence cases.

This article is part of the LawyerTrialForms™ program of “Making Good Lawyer’s Better.” It is given freely to lawyers, because we want you to know that we care about the jury system and the litigation process of the United States. The American justice system is the best way of dispute resolution justice in this world of ours, where not everyone agrees on everything.

The ultimate liability questions: a three question pattern for most cases involving experts.

Why not have your expert testify directly that the defendant was (or was not) negligent?

In most jurisdictions it is possible to cap an expert’s direct testimony the opinion that the defendant was (or was not) negligent. That is because the Federal R. Evid., Rule 704 and like state rules are straightforward. Put the following quotations in your trial notebook.

“(a) Except [in criminal cases] …, testimony in the form of an opinion or inference otherwise admissible is not objectionable because it embraces an ultimate issue to be decided by the trier of fact.” – Federal R. Evid., Rule 704

“The older cases often contained strictures against allowing witnesses to express opinions upon ultimate issues, as a particular aspect of the rule against opinions. The rule was unduly restrictive, difficult of application, and generally served only to deprive the trier of fact of useful information. 7 Wigmore §§ 1920, 1921; McCormick § 12. The basis usually assigned for the rule, to prevent the witness from “usurping the province of the jury,” is aptly characterized as “empty rhetoric.” 7 Wigmore § 1920, p. 17.” – Official Notes to Federal R. Evid., Rule 704.

The expert’s opinion on the ultimate issue gives the jurors the arguments and reasoning they can use in the jury room. E.g., if you are the defendant Dr. Jones in a medical malpractice case, you surely like the expert to say that

“Dr. Jones was not negligent; Because he was only a general practitioner. Only a research doctor would recognize this rare condition. It isn’t something the average doctor would be able to recognize.”

So, If you want the power of the ultimate cap to the expert’s testimony, use the following three questions pattern technique. Either plaintiff or defendant can utilize this technique. First, define for the expert the terms of the ultimate care and proximate cause questions that are used in your jurisdiction. Second, ask if the defendant met the standard of
care, as so defined. Third, ask if there was a proximate cause, as so defined, between defendant’s acts and plaintiff’s injuries.

The first hurdle is an objection of “invading the province of the jury”. You need to be ready with a mini-trial brief on the admissibility of the expert’s opinions. You might even want to give the mini-brief to the judge and counsel before the expert testifies. In the federal courts, and in most states, you can start by quoting Rule 704, which allows the expert to give an ultimate question opinion.

The second hurdle is the judge’s Daubert gatekeeping inspection. In the federal courts and most courts, the judge has the affirmative obligation to keep “junk” out of the jury’s input. So you have to convince the judge the same way you do a jury that this expert has the range of experience and study that makes his/her opinion a valid expression of expertise that is better than a juror’s evaluation.

It’s easier to convince the judge if you tell him/her that you are going to ask “What is that opinion, and why do you come to that opinion?” (Rather than asking only for the opinion.) Point out that the juror needs to hear the reasoning behind the opinion and the final opinion it leads to as a unit, to make the jury’s job of evaluation the easiest.

The third hurdle is akin to the second. That is the judge’s Rule 403 discretion to keep out evidence the judge does not think is “helpful” to the jury. Again, you have to convince the judge the same way you do the jury that the this expert has the range of experience and study that makes his/her opinion an expression of expertise that is “helpful” beyond that of the knowledge of laypersons, and that the reasoning and the final opinion are a total unit helpful to the jury.

The following example (of using the suggested pattern) is for a premises case in which the defendant or plaintiff has hired an expert witness and has the expert testify about a condition or the premises or action of the owner in regard to the premises. However the pattern is the same for any type of case. Here are the three questions of the pattern.

That’s the three questions pattern. Use it for impact in your next negligence case. 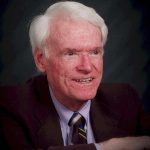 My Commitment to You.

I am glad to present this material to you — advice on handling litigation, all packaged in a compact and easily used format. As in all the Lawyer Trial Forms™ forms, advice, and checklists, we have tried to give you the best advice, forms, and checklists, as though you had a senior litigator sitting in your office and giving you the benefit of years of experience. Our business is about “Making Good Lawyers Better!”