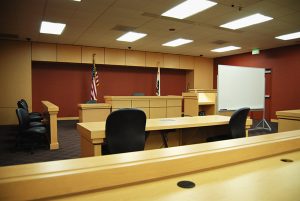 “Clarify” is a wonderful word!

Give your witnesses a method for correcting their mistakes: a method they can use as soon as they realize they either were mistaken or misspoke.

Witnesses are under pressure during testimony. They remember imperfectly, or express themselves imperfectly or incorrectly, or they say “yes” to a leading question in a barrage of cross-examination. You know the sort of thing I’m talking about: for example, the witness testifies there were only three persons – no more – in the conference room, but five minutes later remembers there was a fourth person; or the witness says he saw the other car when it was three feet away from him, then panics when he realizes the lawyer was asking about when he first saw the other car.

If your witnesses realize they made a mistake, if they have not been properly prepared by you, they are scared to say they made a mistake. They tend to either (a) staunchly hold fast to the mistaken words that escaped their mouth, and modify their further testimony to fit with the mistake they think of as carved in stone on the court record, or (b) retreat into not responding with the relevant testimony they were prepared to give at trial, because they fear saying something else “wrong.”

Tell each of your witnesses they have the power to correct, modify, even reverse, their testimony if they use the “Clarify Plan.” Practice the Clarify Plan with them, so they have the comfort and power of a plan (made before the event) on how to get out of a hole they dig for themselves.

Have them practice using the following two-step technique.

In your pre-testimonial workup, tell each witness – if they realize they made a mistake or realize someone could get the wrong idea from what they said, then at the next time they have a chance to open their month, they should use the word “clarify”. Tell them “clarify” allows them to make modifications or even outright direct changes of mistaken words. All they have to do is simply:

[Tell your witness that even if they are not allowed to go on with Step #2 at that point, that you will be able in re-direct to ask them to make the Step #2 part of the clarification when you ask questions.]

A jury or judge almost always will accept a “clarification” by the witness who recognizes they made a mistake or realizes they did not tell everything relevant. If the witness makes an “I want to clarify…” statement as a volunteered statement, the use of the word “clarify” softens even an outright reversal of testimony.